Dr Şebnem Korur Fincancı, the President of the Turkish Medical Association was detained by the Turkish authorities. 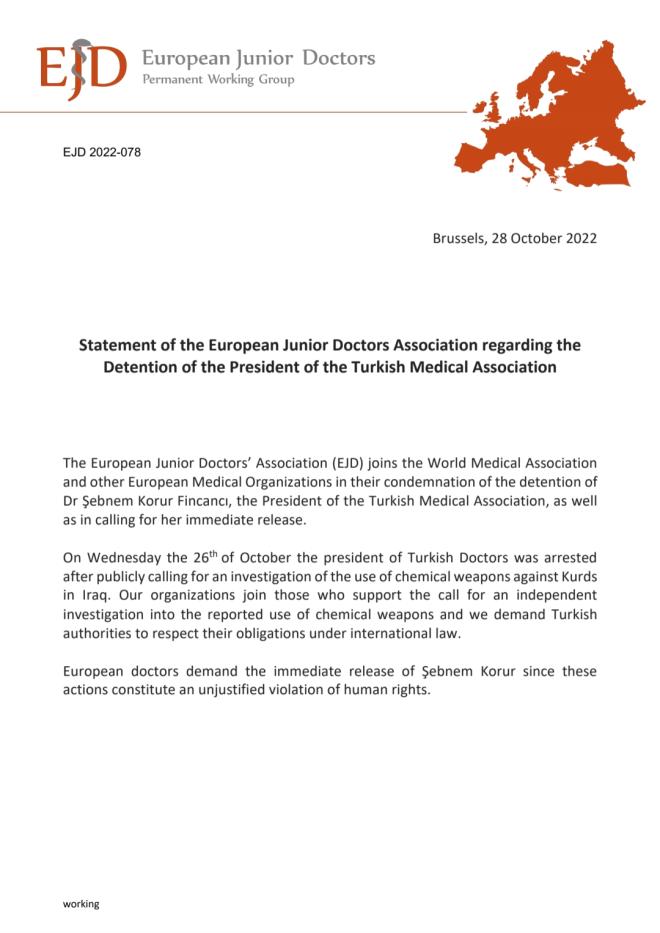 On Wednesday the 26th of October the president of Turkish Doctors was arrested  after publicly calling for an investigation of the use of chemical weapons against Kurds in Iraq. Our organizations join those who support the call for an independent investigation into the reported use of chemical weapons and we demand Turkish authorities to respect their obligations under international law.

European doctors demand the immediate release of Şebnem Korur since these actions constitute an unjustified violation of human rights.

Statement of the European Junior Doctors Association regarding the Detention of the President of the Turkish Medical Associatio215.71 KB